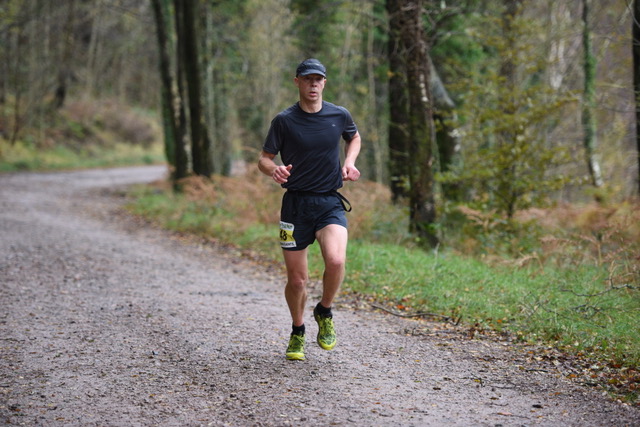 'To Win, First You Have To Lose – and then get pissed off.'

Unless you are a particularly stubborn so-and-so like me in which case you have to go through this cycle a number of times until you get REALLY REALLY pissed off – and have probably dragged your Significant Other kicking and screaming with you (sigh).

It’s been 6 years since I pinned on a number in anger.

My various attempts at The Spine Race during this time don’t count on this measure because (a) The damned thing is in a classification all of it’s own and its debatable whether the English language has all the words necessary to describe it (b) If you were being flippant you could say it’s just an outrageous hike with a bit of running thrown in.

No, what I’m talking about are the Death Or Glory Blowing Out Your Arse efforts that can have you home in time for tea:

You see, there have been some changes round here since the summer. Completely and utterly fed up with what was becoming a well-practiced cycle of Start-DNF with what few races I did entertain – the exception being a brief foray into my triathlon past with a brute of an Ironman last year just for therapeutic purposes you understand - I did the proverbial Blank Sheet Of Paper exercise taking about a week to check and challenge the content.

The result of all that was this:

• Something To Spark Me Up: A year long project where the specific goal is to go faster at Lakeland 100 in July next year than my fastest time set in 2011 after six years in the wilderness and now 51 years young

• Something To Hold Me To Account: Working with not one but two coaches – selection was a revelation: You wouldn’t believe how many candidates I interviewed who just talked AT me - both based on the other side of the world who would view my sh** without my baggage

• Something To Seriously Challenge Me: Being poked with a big stick personally and professionally so that I have to step up and do my homework and be big enough to open my beliefs and knowledge to alternative ways of doing and thinking

So it’s been interesting, to put it mildly.

The proof of course – at least for the running bit – is what happens when you stick yourself on a start line and are prepared to put the preparation and commitment to the test. And I chose three outings from end of Oct to early Dec:

Somewhat foul weather and what turned into a two hour threshold effort on good tracks round the lake and river – and I couldn’t remember the last time I’d done anything like this level of effort! I’d had August working intensively on my mechanical efficiency with Coach No 1 then eight weeks On Program with Coach 2. I had no idea what to expect – but in training and almost to my shock I’d started to tickle my personal bests on my benchmark workouts set 8-10 years ago – so I knew the changes were working, I was in shape and figured the First Officially Old Bloke prize should be in reach. Shouldn’t it?

In the end I just missed it – but it was a huge effort and I needed 10 days for the soreness to fade as the body sent multiple messages on various platforms along the lines of ‘What The F**k Was That?!’

My reassuring reply was that we used to do this actually quite well, it was normal and we’ll be doing this again thanks very much. Objectively I put it down to lack of racing effort tolerance and while I could feel the difference from the running form changes I’d made with Coach 1, the lower limbs were clearly still adjusting to New Ways Of Working In A Competition Environment and had some catching up to do.

…where I nearly came unstuck as I allowed the confidence thing to run riot and kid my brain into writing cheques my body couldn’t quite cash.

A new event organizer to me and a part of the world I knew very little about. Race day dawned clear, bright with ground frozen solid. Ahead of us was 6000’ of climbing and descending including over Cheviot the high point of the race. It was absolutely stunning and the route had everything and more while the organizing team were superb.

Yours truly however, was thinking with the contents of his pants rather than his oft-discerning brain. The brain knew that 4-5 hours over this terrain was a world away from a two hour thrash – but the pants were on fire and gagging for it, so to speak.

So I went marginal with the clothing and the fuel: Light and fast, right?

‘This is not clever,’ whispers Brain.

‘Yeah – but this is FUN!’ retorts Pants.

And for a long time it was – for around three and a half hours anyway. And then some so-and-so pricked my bubble and slowly deflated me over the final third of the race. I didn’t blow to bits but I did slow, generally lose interest and could do nothing about the folks that chugged past. I lost 6 places, a top five overall and First Official Old Bloke in that last bit and that’s almost unheard of for me. I blessed my depletion training over the last few years that meant I could still operate at a semi-respectable level while existing on fumes, and while lots of things went well I drove home somewhat more sober resolved to have Pants in lock-down next time…

Another new organizer to me, another hilly one with 5800’ of up-down this time and a part of the world I had at least a working knowledge of. Clear and frozen solid over the first half but then the cloud came down, the temperature went up and we were battling to stay upright in the final stages through a combination of thick peaty mud, ice and nice pointy rocks. Once again the route had a bit of everything including a long flat and fast blast along the reservoir shoreline at about a third distance. And while my descending has always been relatively strong – and I have been relived to discover it still is – it’s my efficiency over the flatter stuff that has really come on since making these form changes. I have work to do on the climbs for sure but as Meatloaf says ‘Two Out Of Three Ain’t Bad’ (at the moment).

Almost inevitably this was an altogether more measured showing that was set up by a conservative start and putting More Fuel Into The Boy over the next 4-5 hours. While I was on my chinstrap at the end big-style this was infinitely better than being on my chinstrap well before the end. The icing on the cake was that on the third attempt First Official Old Bloke status was achieved as well.

All this has also meant that our two not-so-small-boys-anymore have got used to Daddy bringing home race goodies again that they invariably claim the booty for their own uses. And while a ton of stuff has gone well over these three test outings the biggest thing I’ve taken is that how race-rusty my brain is – and in particular how much leakage occurred as I periodically drifted out of On-Task mode and caught my internal dialogue defaulting to sabotage mode when things got interesting.

Which begs a question and presents some stark reminders:

• Is it mental toughness or mental fitness?