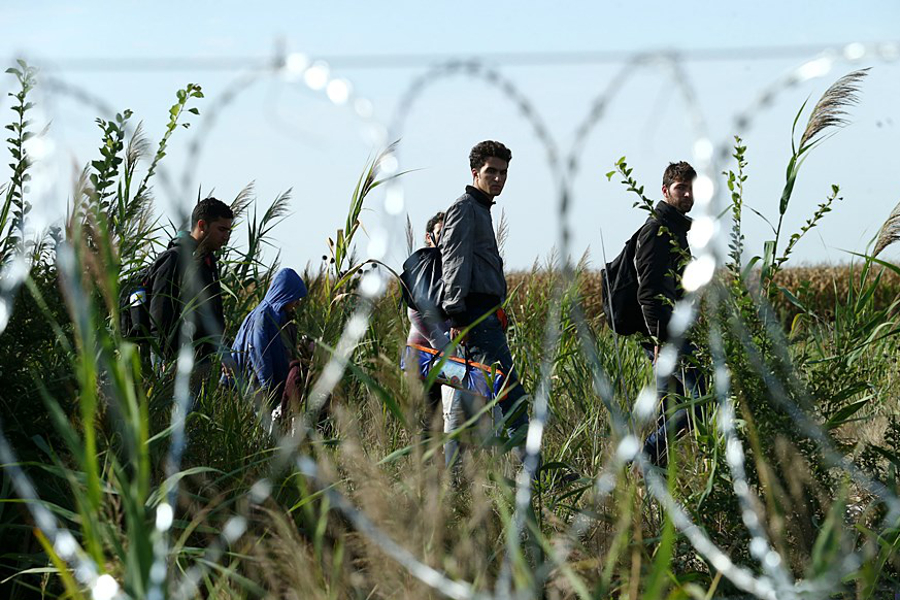 Call ‘em what you will – just have a care to check the labels you use.

Sections of the popular press and the ignorant fearful who spew bile from the cover of social media would have us believe that they’re all leaches here to suck away our national resources or closet terrorists hell bent on murder and mayhem.

Family Mouncey have now done homestay twice with Bentham Area Refugee Support Group, for refugees who are being looked after by the Red Cross hub in Bradford, W Yorks. The first for a single Eritrean young man, the second for a young Iraqi family – and all with way more in common with us than they had differences.

In both cases the decision to leave was agonised over and in both cases at least part of the journey was made as a stowaway in a lorry – yes, that sh** is real – in the knowledge that the reception at the other end would come down to a wrestling match between a humanitarian pull, the push of professional duties and the noise of a polarised shouting match from the watching populace.

So I am in awe of these people – of those that die trying and those that live and who go on to carve a new life against odds we can barely comprehend.

Earlier this summer I got a call from Active Lancashire

Could I help a young man who they were supporting get ready for the London Marathon in Oct 3?

Except Ben (not his real name) was a somewhat different project.

Not yet 20 he’d left his family behind in the Middle East – many of whom had been killed as fighting continued in his homeland – to make the trip to Europe*. He eventually found himself in the north of England where AL picked him up.

Smart, articulate but with basic English, he’d enrolled in college and got involved in a range of sport and reportedly had a work ethic to die for – but his running was somewhat of an unknown. AL had been gifted a funded place from London Marathon Charitable Trust under the ‘sport for development’ bit and Ben had said yes.

That was the easy bit – now we just had to get him ready and failure was not an option.

Turned out my biggest problem was holding him back.

A few weeks in to the training program I’d carefully constructed – knowing full well that it would be so easy to have him doing too much too soon – I had a conversation with one of his support workers that went something like this:

Me: ‘So how’s he coping with the training?’

Support: ‘Well…he told us he went out and did the full marathon distance last week just to see if he could – then a few days later he did it again…’

Fear of failure? Delete that sh**

Yes, dear reader: Getting him to the start line healthy and ready to run was and remains the biggest challenge.

So here we are with a couple of weeks to go and we’re still ripping up plans and schedules and doing our best to wind him in without resorting to leg irons. My biggest fear remains eleventh-hour onset of over-use injury in the lower legs – while Ben clearly doesn’t do ‘biggest fears’ anymore having been there, done those and got the T-shirt many times over.

And while getting him get to the start line with all his running bits intact will be Something, I suspect that the finish line will simply be the start of something else again.

He is a remarkable young man.

*I know little else about his story ‘cos if they don’t tell I will never ask: I start with what’s in front of me and where they want to go.

What little else I do know of his origin is this: Think Middle East version of displaced people as in Kurds or Palestinians i.e. no one wants to give you a home and all your neighbours want to kill you.