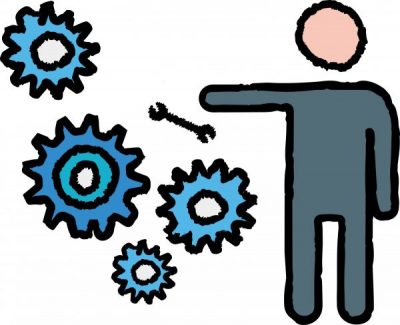 The Difficulty With Disruptive

…is that one can be – how shall I put this – Disruptive.

‘Too disruptive’ means folks just walk off taking their balls with them.

In my defence it hasn’t got quite as bad as that, but on Day 2 with Group 1 from my Vulnerable Prisoner unit I was indeed staring at half the group I started with and there were rumblings of rebellion in the air.

This was somewhat of a surprise as to my mind I’d lowered the bar significantly and appropriately. (FFS!) I’d spent bloomin’ hours on the unit prior to this point getting to know the people, the place and what normal looked like – and bloomin’ hours at home planning and scheming.

And lowering the bar.

And lowering the bar.

Don’t like it that we have to do that.

But it’s too long.

I feel somewhat conflicted ‘cos on the one hand it’s really not supposed to be a walk in the park or like anything they’re used to – and I know from previous work that people wobble after the first day, grit their teeth through the middle bit but then come around at the end.

So it’s beholden on me to just hold the line – right?

‘Cos nothing worthwhile comes easy – right?

On the other hand attendance is voluntary, some are choosing to come here over work time that they are paid for and many of them do have a sleep early afternoon.

(There we were 1pm Day 1 and I can see Bob nodding off in his chair right infront of me. The inspirational speaker part of me was most affronted until everyone reassured me this was all perfectly normal. Three times in the next few minutes we had to give him a wee nudge).

Most are in their twilight years with very limited physical and mental capacity, little hope of doing much about that and well, little hope at all really. Whatever I know to be true about neuro-elasticity and ‘Use It Or Lose It’ means very little to men who have only known their capacities and world to be one where shrinkage is normal and inevitable.

Most have spent years and decades perfecting the skills of withdrawing, doing least with less and have rituals and habits to this end that have the strength of blood rites.

My ability to position this gig and sell the benefits in a way they recognise and that is credibly realistic is only part of the battle: The other part is that it - and they - have to be robust enough to withstand the Rock Throwers.

‘Cos there are always people who love to throw rocks from the safety of the side lines.

Just ‘cos they like throwing rocks without those rocks coming back at them.

There’s no off button.

Which means you have to have some serious shields up and deflection strategies running and to put up with that s**t until the benefits are clear even to the naysayers.

And all this in a place where hope and resilience seem out of reach for so many men.

So while it does feel like I’m in a pretty pickle I also have two things going for me:

Half are still here and at least half-smiling.

The other half are still talking to me albeit from a distance and via a proxy.

If I’m thinking clearly I’ll also remember that this is not about me or my arbitrary Line Of Difficulty. Which means a handful of (yet more) changes to the what-how-when of the programme - assuming they can be made to stick operationally - are not an act of surrender by me but one that could well be enough to persuade my rebels to return.

For positive ‘moving towards’ reasons.

Which is more or less what happens over the next few days.

Another thing that happens over the next few days is that I discover how low the bar really is and what that actually means for my content and delivery.

They start to talk to me about slips and stumbles and falls that dump them on the floor of their 8x 4’ cell and unable to get up again. That may be ‘cos they are trapped under/around furniture, are stranded on their back turtle-style unable to turn and/or are just too big and weak and struggling for breath in a cramped space to do anything except lie there slowly blacking out.

We recreate the layout of a cell in our activity space and the more able ones show me. Look: This is how we get stuck.

We somehow manage to get our biggest specimen – probably north of 18 stone - safely on the deck so I can really see what Wedged really looks like. We have men on crutches and sticks in this group and in wheelchairs too, and all pitch in with their own versions of what is clearly a nightmare and very real scenario.

These mainly timid and withdrawn men are by now really animated as we have clearly hit a nerve that I belatedly realise I should have seen coming. I discovered early on that most struggle to stand out of a chair - but more importantly most had never been shown how to do that efficiently either.

So that night I work on my ‘Un-Stuck Scenarios’ pulling together efficient movement patterns from elite sport, safe movement skills from rock climbing and breathing patterns from weightlifting.

Because the question that reveals how low the bar is for these men is this one: ‘Can you get up from the floor today?’

This is not an objective piece of writing.

For the sake of transparency this is what you need to know:

This is what you should know about what I think about crime-punishment: