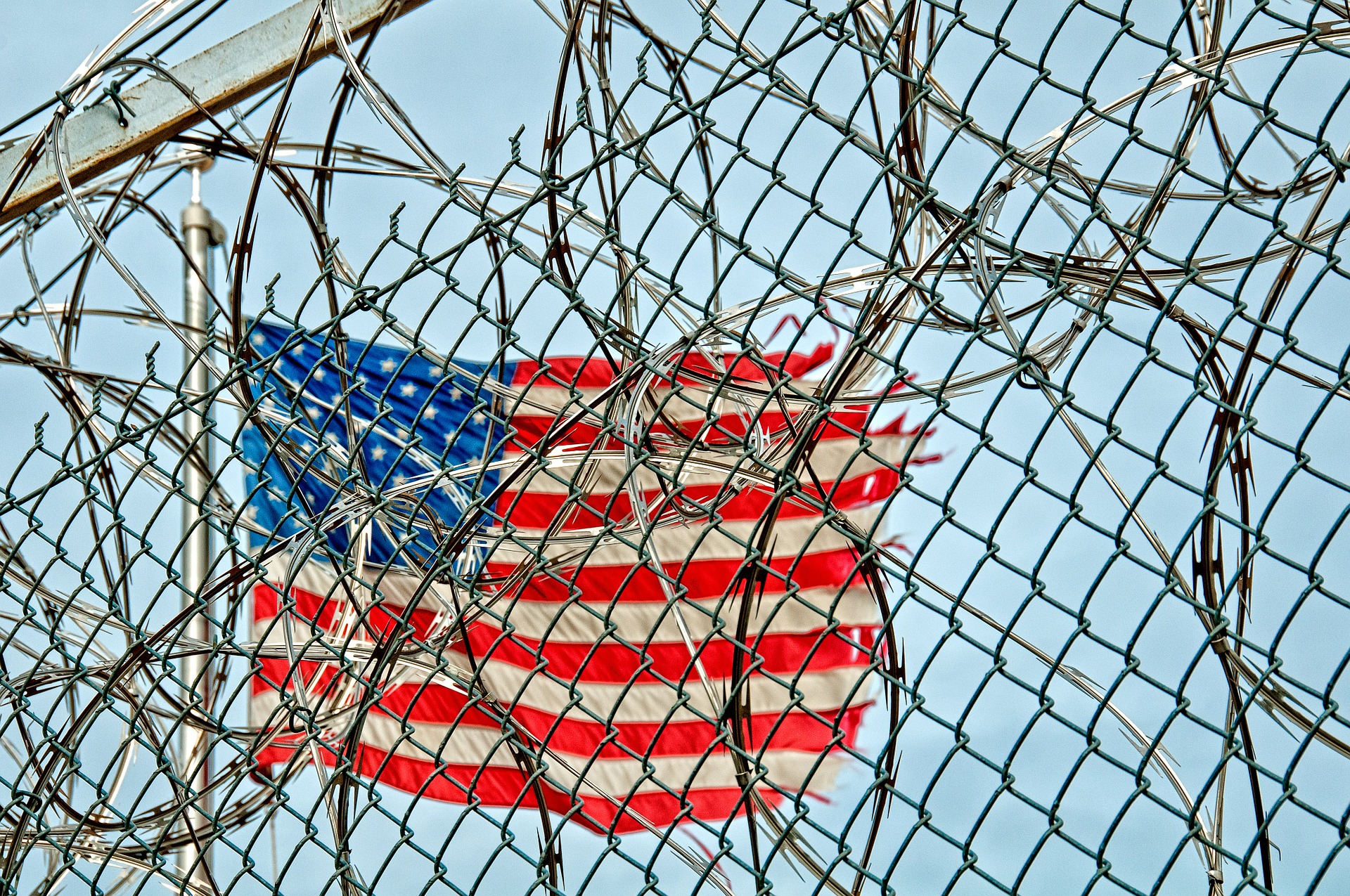 Reaching Out & Looking In

The latest from my work in our criminal justice system

‘Living in the USA is great – as long as you’re not black, poor or have done something wrong.’

And John (not his real name) should know: He’s just spent 2.5 years incarcerated in the States and has recently been deported back to the country of his birth.

In the middle of a pandemic.

After being away for more than a decade.

Leaving children and their mother (now his ex-wife) behind.

Facing the twin challenges of looking back and reconciling what he did and looking forward at the prospect of starting again this time with the legacy of his crime, the remoteness of the north of England clearly had appeal. You wouldn’t give this smart, athletic-looking middle aged man a second glance if you passed him in the street, but the eyes that look back at me are windows into a tortured soul.

A bike ride and a train ride have brought me to meet him to a place he might soon call home. I’m there because someone who knows us both asked me, and I’m there because I can and it’s the right thing to do. We had a phone call a week ago and here we are.

I knew he rode bikes so I’ve brought mine so he doesn’t have to do the painful ‘sit down in a café and feel shit by talking to some bloke I’ve only just met about all the shit I’ve gone through’ bit.

Because if all you do is change the physical environment for someone you get a different mental and emotional response.

So we’re changing up.

It turned into a friggin’ time-trial that was a blast out on the roads to the base of a big hill then a haul-your-ass skywards brutal ascent on a bridleway till we hit the 30min mark trying desperately to keep my lungs from exploding out of my ears while feigning the appearance of someone totally in their comfort zone.

The only crumb of comfort was that I left him for dead on the return descent (go me).

Sometimes it would be nice not to have to suffer so much for my professional practice.

But that’s all ahead of us.

I have a rule of never asking if they don’t tell, and here’s what I knew:

He’d had a very successful career in Big Tech having gone out there to live and work.

He had a family and economic means.

And it was a sexual offence.

Given I knew some of how we do crime-punishment-justice in this country, we were able to play compare-contrast with John’s US experience.

‘It’s an industry,’ he told me. ‘The numbers are beyond comprehension*.

I met people who were serving 8-10-12 years for what we’d class as minor offences – often relating to drugs – with little or no prospect of early release because proving you’ve made progress in that system is, well…’ **

However daunting the prospect was of starting again over here while his children were over there, John was very grateful that he was well, over here.

Because the restrictions he would be placed under over there – where he could go, what he’d have to disclose, who he could be with, how he’d be supervised etc etc - would be orders of magnitude above what are be imposed here***.

And for those convicted of a sexual offence the restrictions are tighter again – in this country and the US.

That’s something he doesn’t have control over either: It’s not his decision about whether to disclose or not – that is made by those who monitor and supervise him. And while there are good reasons for that it’s clearly not the full story either. Joining a local cycling club – with all the benefits that would bring to him – might not be as simple a rocking up to a club ride with the words ‘Hello, I’m John I’ve just moved up here - please can I join your club?’

So ‘agency’ – having a sense and actuality of control – remains an elusive feature for him. He didn’t have it inside – where you exist by responding to the instructions and rules of others – and achieving it outside is going to be a stretch too.

Some would say that’s a good thing – and there’s truth there for sure.

It’s just not the whole picture.

Which is why I’d already talked to him about his exercise and training - as well as the capacity for distraction from his own shit it’s also a simple way to experience Cause-Effect: I did that ride last week and I’m 5mins faster this week and it felt about the same – that’s me making progress then…

And to explore the area.

And manage his mood so he can think clearly about his future and reconcile his past.

Bike ride silliness notwithstanding it’s clearly quite an emotional encounter for John who visibly and often struggles to contain his emotions.

‘Some people have just shut down and shut me out’, he explained. ‘I’ve lost friends, I’ve lost my wife and haven’t seen my kids for 3 years - and of course I get that. But other people…’ there’s a pause while he rides the emotional rollercoaster ‘have either come forward for the first time or have been amazing. Like today. It’s just…’

Yeah. Another step – a small one and one of many more ahead of him – but it’s forwards not backwards or sideways and that counts.

More than you or I can ever comprehend.

**Sentence inflation is a trend here too: 2003 the minimum term to be served for murder was 12 years. Now it’s 20 years. The USA has that pattern right across the board due to the ‘Three Strikes’ law that dramatically increases a punishment for those people convicted of serious offences twice previously to (usually) not less than life.

More people are being jailed for longer (we have that trend too) while the US remains at the top of the global re-offending league table with only China and Indonesia above them: 7 out of 10 people will be back inside within 5 years of release. We fare a little better but not by much.

The point is that prison in the US and over here isn’t – for most people – a ‘corrector of crime.’ But we’re shoving more people back in there for longer anyway.

There is hope and transformation inside is possible – but you have to look elsewhere for it: Finland’s equivalent rate is 2 out of 10…

***There’s a ton of good work being done to make it easier (in law and practice) for people with convictions to re-enter society in general and the world of work in particular without having to wave their past around front and centre and being denied that chance as a result. Here’s two https://morethanmypast.org.uk   https://cleansheet.org.uk

You think it’s hard breaking out of prison? You want to try breaking in.

This is what it takes for a new social enterprise with One Big Idea to get going in our Justice sector – as lived by Andy Mouncey of Run For Your Life CIC www.runforyourlife.org.uk

Times My Wife Has Given Me Permission To Quit: 2

Times My Wife Has Really Meant It: 1