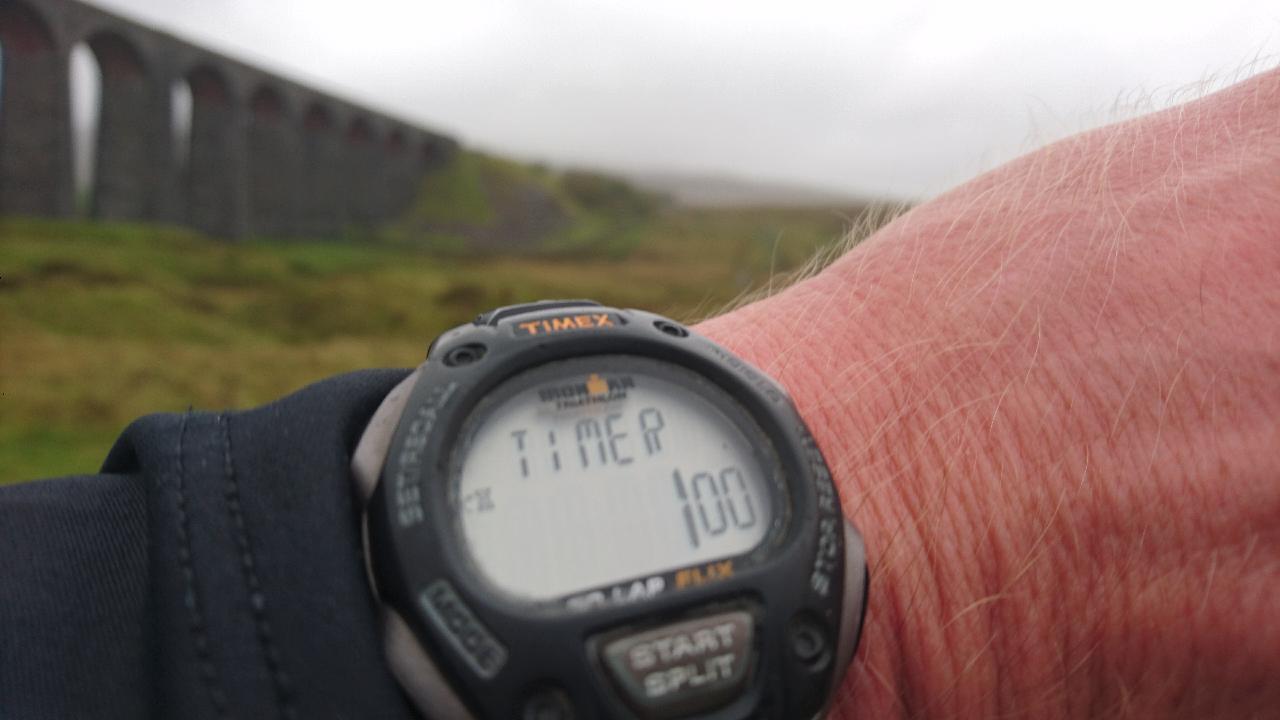 Across the stream and I’m into the last 200 yards before the gate – and the gate is where The Contract starts. I put the finishing touches to the warm up as the wind continues to blow me up the valley and the rain starts to pick up: 20 short fast paces focused on toe-off, 10 easy, then 30, 10 easy…till I’m at the gate breathing hard. I take my time with the fastening and cue the timer countdown on my watch. What’s coming is already seared into my brain:

3 minutes hard / 1 minute easy all the way up the mountain.

It’ll be at least five times through and probably seven – and it won't be pleasant.

The watch will bleep every minute and it won't get there faster if I look at it.

(I’ve been trying that one for decades).

I know this but it’s easy to sneak a peek when the fridge jumps on your back and your world narrows to three meters of tube in front of you.

Keep my eyes front and run to the beeps: That’s the deal and that’s the Contract.

So just keep the f***in’ Contract.

Shut the gate, roll the sleeves, finger on START.

Legs pumping I drive away faster than sensible but knowing I need to commit early or the goal is lost. This session is all about heart and lungs - and the goal is to have me blowing out of my ass as early as possible and to just hang the f*** on.

Aerobic capacity is one of the things that slides with age and I ain’t getting any younger. Which means I gotta use it if I don’t want to lose it.

The trail starts to climb and I look for the rain-slicked rocks among the mud while keeping the intensity on. Ahead is the next gate and the first marker – through it and another 50 yards and that’s my first minute. I know this ‘cos last week’s fun out here was 3 minutes hard and a TWO minutes easy up this lump. Bloody luxury by comparison.

One minute. Eyes front and up the first stone staircase. Breathing hard now and really driving the elbows back with every arm swing as I tweak the variables:

Light on the feet – dance up the steps – tall and forward and DRIVE THOSE F***IN’ ARMS!

Brief respite as it flattens out except that’s my cue to put my foot down and keep the intensity. Starting to get interesting…

Two minutes gone and - ‘Follow me’ whispers the watch.

The first rep is always grim however good the warm up and I’m now breathing out of my mouth, nose and ears.

Sounds of the snorting buffalo approaching have two walkers ahead leaping to the side of the path in seeming terror. I’m managing what energy I have so the best I can manage is a slightly droopy wave of thanks as my attention switches to holding it all together for the last bit.

One down. Eyes front. Well done. Stay tall – calm the breathing down.

I need to walk – and very slowly at that.

Ahead the climb starts to get more sustained and on the next effort I’ll be under the clouds and turn into the wind. No worries – as I get closer in the lee of the mountain should give some shelter.

Until the last bit on the exposed summit ridge.

And then: Beep, beep, beep…

No, that wasn’t long at all – and here we go again: Into it fast so I’m committed as before and already the breathing starts to climb with the terrain.

I relax (most) orifices and practice the skills of getting oxygen in any damn way I can.

‘Follow me’ comes the machine whisper. ‘If you dare…’

Today’s the day and this is the session and I hold it through the first minute. Same with the second and then there’s just the small matter of a punishing steep short ramp and a false flat over the top.

Two down. Now we’re really into it.

Most things are heaving with a hint of wobble – but I’ve held good for two and allow myself a mad dribbling grin. Another two and I’m on four and that means only two more after that on the steep stuff before the last one on the flatter ground of the summit ridge.

Assuming the wind doesn’t blow me off, of course.

By four I’m locked in and oblivious to anything that’s not essential to keeping my feet and fulfilling my contractual obligations. The minute ‘easy’ is now a minute wobble with the only significant difference between this and the previous three minutes being that I’m not trying to run. By five and six my breathing feels like it’s just locked into Number 11 whether I’m wobbling or forcing myself through a red mist upwards. But my eyes stay front as the final countdown beckons…

GO! The last one and I drive into it knowing this one will take me to the trig point. By now there’s no such thing as instant acceleration and despite the drill sergeant screaming in my head it takes me an age to get up to terminal velocity.

The final big flagstone steps thoughtfully added by the footpath repair teams serve their purpose alright but they’re a bugger to tackle as the last bit on a ‘Death Or Glory’ session like this. I steel myself to take ‘em one step per stride and while it’s only short I’ve had to screw the lid down tight to hold it together. Once over it really is the last bit on easier ground, but that just means I need to keep pushing the needles into the red as the wind tries to whip me off the ridge.

‘Gonna have to blow harder than that.

Eyes straining and everything else screaming I keep my foot to the floor as the unseen timer counts down. Except I know I’ve nailed it so the last bit is done wearing a spittle-flecked insane grin till…